Sambuca is Roberto Stimoli (7-string guitar) and Irene Amata (vocals). The duet plays Brazilian music, and is very active on the Parisian jazz/world music scene.One voice and one seven-string guitar to reinvent the rhythms of the samba: it is the ambitious goal that Roberto and Irene share, united in their passion for this music from a faraway land, that is nonetheless a part of them. In their repertoire, you will find several bossa novas that have been performed by the greatest artists: thus Sambuca chooses to reinterpret them with a fresh, yet authentic sound. The Portuguese language is truly a part of these melodies, and it is Sambuca’s deliberate choice to use the original lyrics, so as to highlight their importance in the rhythm and feel of the music. It isn’t necessary to understand the meaning of the words: it is the sweet yet powerful sound that catches the ear, captures the attention and opens the senses. One voice and one guitar: yet there is nothing missing. The seven-string guitar carries the bass-line, and the voice is full of rhythm. Both musicians improvise in a playful mood of mutual appreciation. One voice and one guitar fill the space, capturing the audience’s attention. Creating a new way of listening to Brazilian music is Sambuca’s challenge and passion. Sambuca’s first album was recorded in Italy in 2019, its title is « Luz » (Portuguese for ‘light’); it will be released in mai 2020 (with a launching concert on May 13th. in Paris). With Luz, Sambuca offers a reinterpretation of 10 songs (8 Brazilian pieces, 1 Italian song and 1 French song). The arrangements are very personal, new and intriguing. Roberto and Irene utterly transform bossa nova classics with their unique vision and interpretation, yet never betray the original harmonies. And when the duet revisits sambas, the dialogue between voice and guitar enhances their beauty —the voice’s timbre and the audacity of the guitar creating an ideal combination. The material in Luz is a mix of world-famous songs (e.g. Garota de Ipanema, Chega de Saudade de A.C.Jobim/V.Moraes) and tunes by others Brazilian composers that audiences are less familiar with (e.g. Luz negra by N. Cavaquinho, Vera Cruz by M. Nascimento). A wide-ranging repertoire, that shows Roberto and Irene’s passion for the rich and vast Brazilian musical heritage. A repertoire the duet usually performs on stage and have now chosen to record. Improvisation is an essential part of this dialogue between voice and guitar, and reflects Sambuca’s distinctive blend of jazz and Brazilian Popular Music (MPB). Two songs on Luz are little tributes. La Javanaise is a tribute to France—Roberto and Irene’s adopted country, where they are building their musical career— and Estate pays hommage to Italy, their homeland.

Anahita is the musical opus born of the friendship and artistic collusion and intellectuel of two Franco-Iranian women Ariana Vafadari that composed the music and Leili Anvar that imagined the story and wrote the texts. THE STORY A young women dreams of the time her village was still green, she wakes to see the dying trees and senses her empty belly. She has traversed deserts and lands on fire, in despair, she prays to the goddess with whom she shares the name : Anahita. This divinity of the waters, fertility and wisdom, is the one that dispenses water for all rivers and streams and thus to all peoples. She is the healer and the source of wisdom. It came to pass that the cult of the feminine fell into disuse and her countenance was effaced from human memory, causing the gradual retreat of the waters from the rivers and aquifers. After a mystical exchange with the goddess, the young Anahita departs on a quest for the water of immortality and finds Love. Ariana Vafadari was exposed from an early age to the poetry and philosophy of Zoroastrianism thanks to her father, she has undergone a growing longing to bring back to life the ancient scripts of Zarathustra, as collated in the Avesta, the writings founded on the tenets of wisdom, spirituality and a profound faith in the natural goodness of mankind. Thought these prayers to Anahita, the will of Ariana et Leili is to bring back the place of felinity in the world. Ariana works in the company of a throng of fine musicians from many cultural origins or inclinations — some are masters of traditional Iranian music but others come from backgrounds in jazz, Moroccan music and, indeed western classical music. They journey between spheres with ease. The textes are in persan, french, in avestic language, the ancien language of zoroastriens and in italien.

Vangasay, singer Gwendoline Absalon’s second album is above all an initiatory and vitalizing immersion into the island of La Réunion. Come closer: the warm and clear voice of this young pathfinder invites everybody to assert their identity, in an astonishing Creole poetry. Between pop and world-music, the musical arrangements by the pianist Hervé Celcal, are not only a tribute to tradition but also a fountain of youth that perfectly serve this upcoming artist’s philosophy. With this second album embedded in La Réunion, Gwendoline delivers the fruit of her own introspection: a world made of sounds, scents, wishes, consciousness and Creole. She will chant to our ear the desire to create a link, in a masterful introduction-immersion (Binda). We will encounter a paradox, an awareness of the island’s great vitality of traditions (Modernité). A citrus-fruit with medical virtues will spread its virtuous sourness throughout the world reminding us that one should maintain a bond between generations (Vangasay). We will furrow towards Cape Verde with a reverence to the profound Cesaria Evora (La Diva de la morna). On our way, a soul-groove from La Réunion will tell us about healthy love (Fo pa kwrar). And finally, like two waves that meet, Maloya will embrace Martinique’s Bèlè as a tribute to the “masters” (Béliya)... Vangasay: a cure to enlarge our imagination About a year ago, Gwendoline opens a French- Creole dictionary and comes across “vangassaye” (vangasay in Creole) which designates some kind of citrus fruit, originally from Vietnam and Madagascar. It is known to cure influenza, a sickness that com- pels our body to take a rest. Gwendoline sees it as a strong signal. It will become the title of her second album. Gwendoline composed eight titles on the album and signed all the lyrics. Only “Modernité” is from the guitarist Fabrice Legros. Hervé Celcal [see boxed text] composed three titles (Filao, Béliya and La Diva de la morna). Gwendoline chose him to do the musi- cal direction on Vangasay, after their meeting in June 2019, at La Réunion. Hervé listened to a lot of her musical universe (sometimes simple vocal memos), in order to fully integrate her personality. Five months later, he offered made-to-measure propositions. They all scored! Gwendoline says: “I’m a rooted singer that is un- rooted”! Cape Verde calls, she goes for it (La Diva de la morna, AKA). India inspires her quite instinctively (Vangasay, Paliaka). Her voice is undeniably soul and her groove refreshes the genre (Fo pa krwar). Jazz is heard in the placements, in the intonations. And yet she embodies perfectly the Maloya like the great masters of her island would do (Binda, Filao, Moder- nité, La Diva de la morna). The young singer takes it all and invites us to extend our imagination. This leads to twelve titles that float between acoustic arrangements, tributes to tradition (Binda, La Diva de la morna, Filao, Béliya, Moderni- té...) and something that sounds more like pop-mu- sic (Vangasay, Paliaka, Inveja, Fo pa kwrar, Ti fi la). 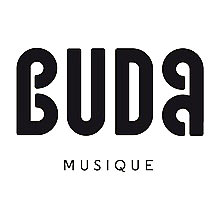 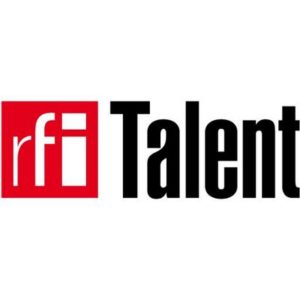 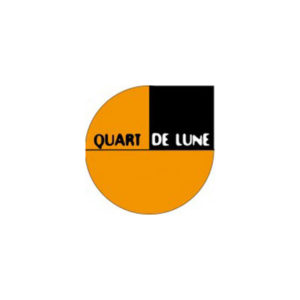 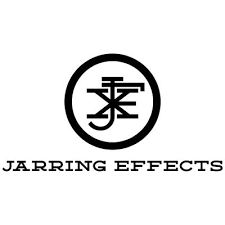 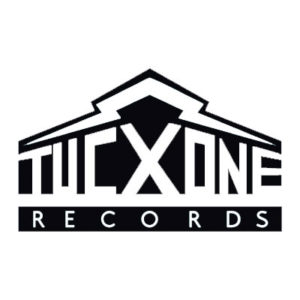 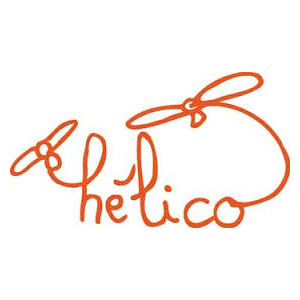 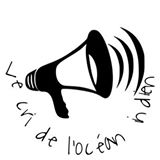 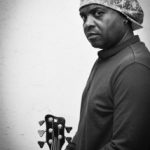 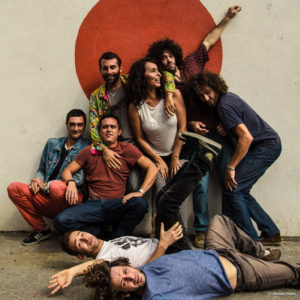 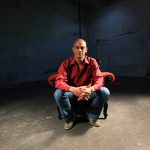 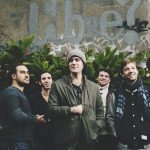 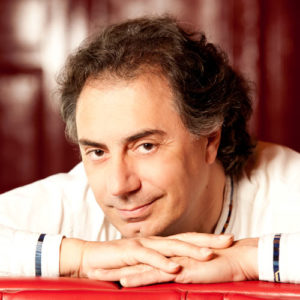 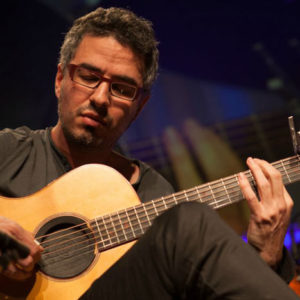 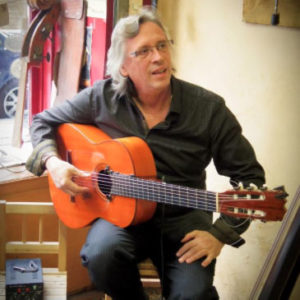 Skillful at building trust-based relationships with artists and known in the media for her seriousness, her follow-through and her sense of initiative, Sèverine Berger is an elegant partner, one who effectivelyrelays our projects on to the world.

Veevcom provides quality service, with real follow-up and a weekly report. Besides their personable rapport, Séverine and her team’s work is efficient and dynamic. We recommend their services!

We worked with Veev Com for the first time for the band Sociedade Recreativa, and we are delighted with our work together, which completely exceeded our expectations! A serious, personable team that passionately follows your projects for terribly effective results, all with simplicity and generosity! I recommend them! 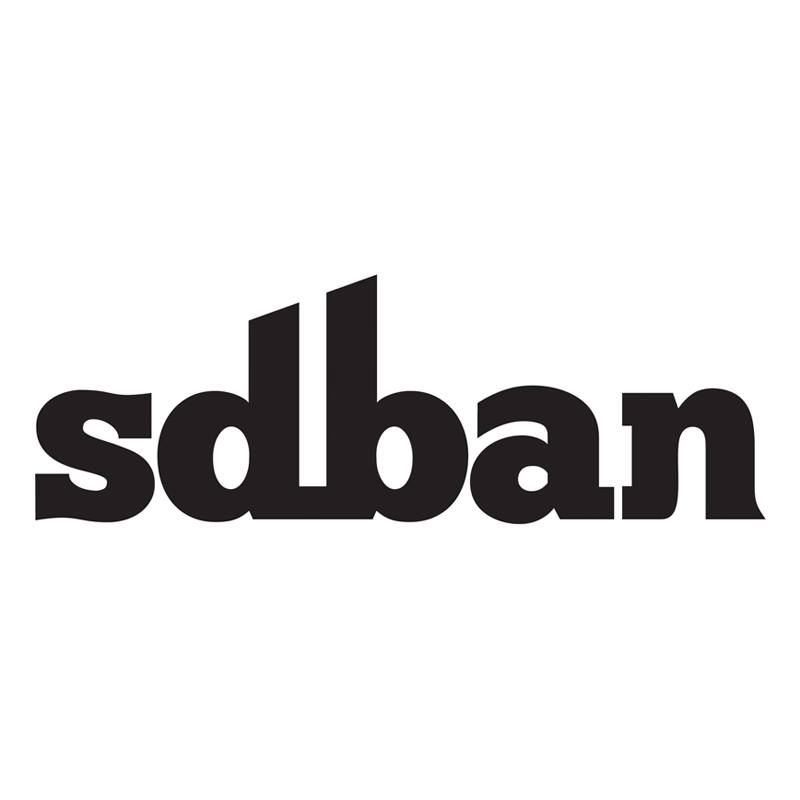 We have hired Veev Com to do the promotion for the latest Black Flower album. It was the first time we worked together. Sèverine and her team are very passionate and have provided new perspectives. We are very happy with the results achieved. Highly recommended!

Veev Com brilliantly handled the promotion of the Virginia Rodrigues concert in May 2016. Personal treatment with lots of communication and professionalism. And of course, the result!
Apart from promoting the concert, Veev Com worked on the promotion of the album “Mama Kalunga,” resulting in playlists and articles in the press.

Working together with VEEV COM was extremely productive and rewarding. Séverine and her staff pull off the daunting feat of simultaneously promoting the release of two albums on our label plus a concert event date: thoroughness, assertiveness, professionalismare just a few of VEEV COM’s best qualities, not to mention insightful weekly reporting and outstanding record-keeping. Lovely meeting up again and lovely synergy!

We asked Veev Com to do the promotion of M’Toro Chamou‘s album Punk Islands. It was a real pleasure working with Veev Com. Beyond just their highly professional and super efficient work, it was their personal touch that I also noticed. We will most certainly call on Sèverine again. I recommend her “Veevment”!

It was nice to be accompanied by Veev Com for « How Near How Far ». Sèverine Berger is a true professional and it was an immense pleasure working with her. My team and I would like to express our profound gratitude to her here. Thank you, thank you, thank you! Big kisses and musical affections.

We would like to give a huge thank you to Sèverine Berger (Veev Com) and her entire team for this superb collaboration.

You are very responsive and professional and it’s great working together! We wish Veev Com long life and lots of happiness on your endeavours.

Bravo and thanks again for all your support!

We just wanted to thank you for the work you’ve done. We think you have successfully targeted the media with regard to our project. We really appreciated your follow-up in our exchanges and the responsiveness with which you answered all our questions. We won’t have to think twice about coming back to you for the communications work for our next album! Thank you Sèverine, thank you Raphaëlle.