Roberta Roman‘s musical project aims to retrace the history of “La Petite Naples Marseille”, from its creation to its elimination.

At the base of this project there is the collaboration of the historian Michel Ficetola and the guitarist Roberta Roman.

For the vocal part of this project, the main artist has invited very beautiful voices who come to illustrate, sing and tell the story of this community exiled in Marseille and decimated in 1943 by the French authorities.

I would be happy to send you a copy of the album and any other additional information (visuals, press kit) for announcements and/or interviews.

“After the first album “T4NO, tango napoletano”, “La Petite Naples, l’opération Sultan” represents the second part of my work around the influence of Neapolitan culture and music in the world. It aims to highlight the relationship between two cities in the Mediterranean basin: Naples and Marseille. Marseille, a stopover city on the long road to exile to the United States and Argentina, becomes for many Neapolitans a home port, then a home and finally a new homeland…

This project is not only part of an artistic and musical approach. It is also social and ideological.

For this reason, supported by my friends who actively participated in the production of this cd, I fight all forms of discrimination and advocate the strictest respect for human rights”. (Roberta Roman)

OPERATION “SULTAN”: Under the impetus of Philippe Pétain (French head of state in Vichy) and Pierre Laval (head of the Vichy government), both anxious to materialize their “national revolution”, French collaborators took advantage of the German occupation of Marseille (from November 1942), to destroy the Saint-Jean district, during the last phase of Operation Sultan, from February the 1st till the 19th 1943, with the systematic blasting of 1,500 buildings, over 14 hectares. This, after having expelled, with the help of the military forces, its 20,000 inhabitants, on Sunday January 24th  1943, during the roundup of the Old Port, organized by the Nazis in partnership with their cronies, who included René Bousquet, chief of police of Vichy.

This action was recognized as a crime against humanity by the French Public Prosecutor, on May 17, 2019.

(Michel Ficetola, historian and author, specialist in the history of the Neapolitan community of Marseille and the Operation “Sultan” which wiped out Marseille’s Little Naples). 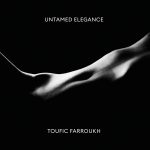