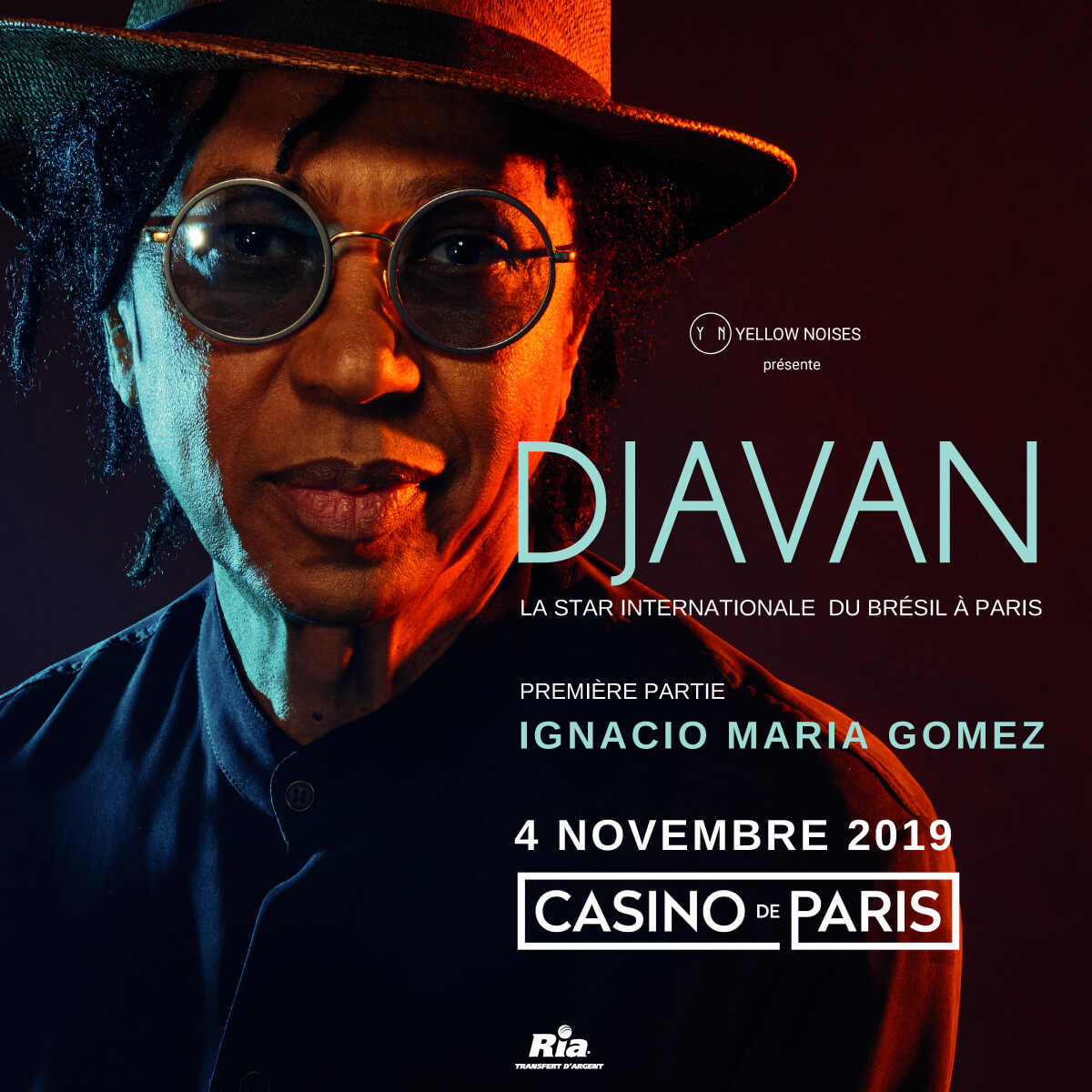 Supported by this popularity and recording albums that were more and more daring, in 2004 Djavan celebrated his independence with the launch of his own label, Luanda Records, through which he released his next albums. The agent Djavan Caetano Viana is born.

But, what does Djavan, the businessman, expects from the artist?

He expects to see him go from swing to blues, to flow through ballads and through his extremely professional way of doing samba, always keeping his characteristic right hand on the acoustic guitar, inspired by the daily life to enrich his lyrics. And also that Djavan, the artist, releases new albums with original songs – next to interpretations of his own work to other environments, like it can be seen in “Na Pista”, or daring to use his privileged voice to sing songs by other song writers, like he does in “Ária”.

May he continue the unremitting search for roads that renew his way of making music. With the ears and excitement of that boy from Maceió who one day chose music over football, and the emotions of a son in awe with his mother who made vocal arrangements while washing clothes by the river bank.

Read the all biography here