Diana H.P. will unveil her new album « Fazer e cantar » on her release December 3, 2021 on Z Production / Inouïe Distribution. This new work will be presented live on stage on Tuesday February 1, 2022 at Hasard Ludique (Paris).

The third album from Brazilian singer- songwriter Diana H.P., Fazer e Cantar, draws on the progressive energy of music from the 1960’s to 1980’s to give us a look into a groovy, sensual and spiritual musical future. JazzBastards, her brilliant accompanying musicians and producers, are the ideal band for this retro-futuristic exploration.

Diana H.P. is the heir to the revolution that took place in the early 1970s in Belo Horizonte, the capital of Minas Gerais, a state in southeastern Brazil. It took its code name Clube da Esquina, (the Corner Club) from the title of the song and history-making album by Milton Nascimento and the creative exchange that flowed throughout the group of enlightened artists around him. The musicians and poets who made up the Clube da Esquina fused their virtuosity by drawing inspiration from the dauntless genius of jazz reformers, psychedelic rock and the Beatles’ White Album, as well as from regional and national musical traditions. It is an album that resonated among great international musicians such as Wayne Shorter, Herbie Hancock and Earth Wind & Fire and opened up a window into a future of boldness and freedom in Brazil while the country was mired in the shackles of the military dictatorship.

With Fazer e Cantar, Diana has found her place and she avows it. Taking the moniker Diana H.P., she is an amplified version of herself, true to the values of her past yet ready to take on the challenges of the present in order to build a healthier and happier future. Just like the Clube da Esquina artists in their time, Diana H.P. relies on her imagination to overcome the dangers of her times. Doing and Singing, because if you stop dreaming, life gets stripped down, and Diana H.P. tirelessly sings and will make you sing. 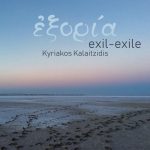