This new work will be presented live on stage on Thursday November 18, 2021 at Hasard Ludique (Paris).

Cumbia Chicharra
La Cumbia Chicharra clashes with sensuality cumbia, latin american rhythms, urban and current sounds. This band from Marseille mixes its influences without borders. For a tasty and explosive music.
The band played over 350 concerts, from France to Chile via Russia, Spain, Morocco, Germany, Croatia, Hungary or Italy, Cumbia Chicharra has thus earned its stripes of major group of the European Latin scene, exporter of tropical and generous groove, purveyor of sweat and chills for dancers.

El Grito
A vocal chord vibrates, body resonates, and the scream is released, shaking everything in its path. “El Grito” (the scream), Cumbia Chicharra’s 4th album, came like this, from the bottom of the heart and at full strength. Like an orgasm, a deliverance, a collective trance or a clamor of resistance… a scream for each stage of life.
The 8 musicians and the sound director of the band each have their own influences and their strong characters. Cumbia as an epicenter, and a whole world to amplify the sismic shakes : Caribbean, Andean, Afro-American or oriental music, the love of dance, the taste of dub, rock, and electronics in a trance of percussion. 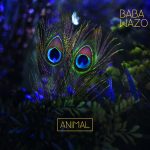