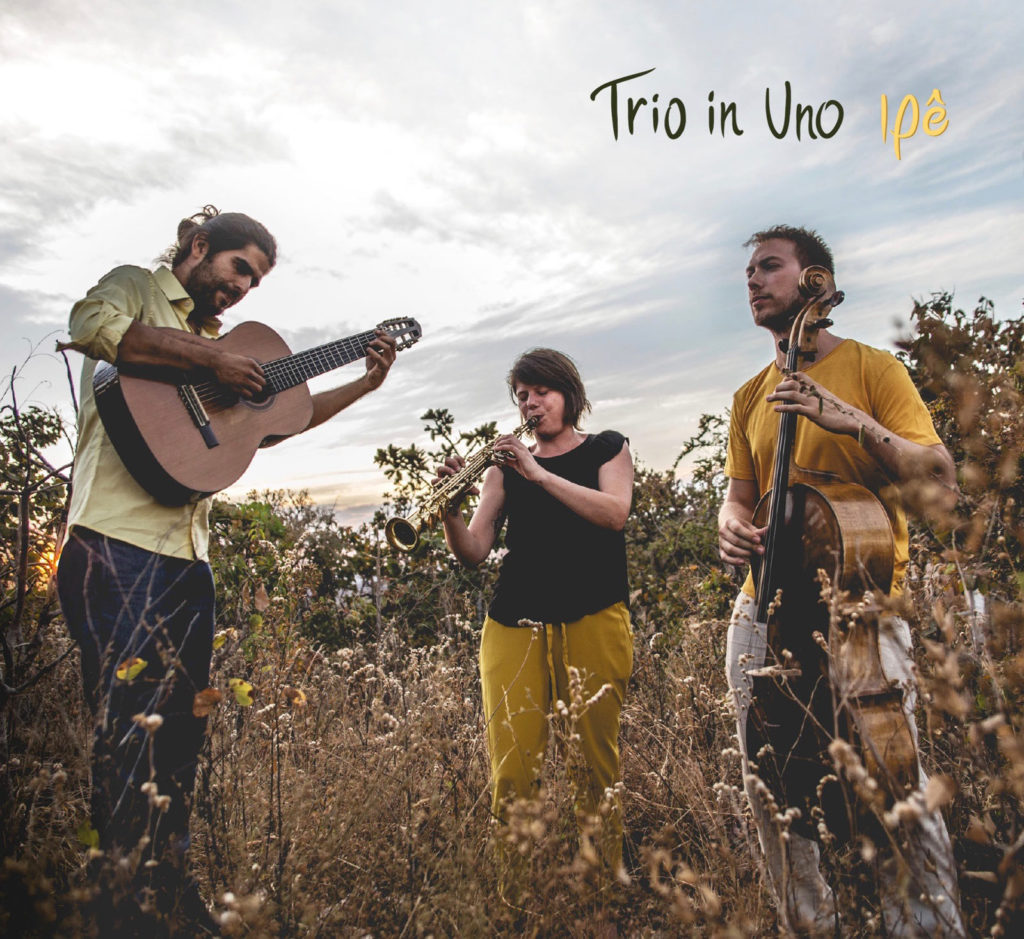 Trio in Uno was born from the friendship between the Brazilians Pablo Schinke (cello) and José Ferreira (7-string guitar) and Italian Giulia Tamanini (saxophones), forming a new ensemble full of energy and partnership.

By combining the flavor and spontaneity of popular music with the expression of classical music, they arrange and interpret the music of great Brazilian composers such as Egberto Gismonti, Sergio Assad, Hermeto Pascoal, Marco Pereira and Radamés Gnattali.

Together, the three musicians built a solid sound where the cello, the 7-string guitar and the saxophone blended into a unique, vigorous and refined body, crystallizing Trio In Uno in 2014.

In 2017, Trio in Uno inaugurated its newest project “Trio in Uno and Orchestra”. With their own arrangements, the trio brings a new dressing to this great repertoire. Ovationed by the public, they performed concerts with the Chamber Orchestra Ulbra (Porto Alegre) and the Goiania Symphony Orchestra.

In addition to performing, Trio in Uno gives workshops and masterclasses to share their experience and passion for music.

Since 2015, the Trio has regularly toured in Brazil and performed in prestigious concert halls and festivals in Europe.